Plumsteadshire - home of the famous

I saw a great one this week. A Woody Allen look-a-like got on the train at Plumsteadshire International. Oh yes, I can see a few fetes being opened by Woody's doppelganger.

What with Woody Allen and Jodie Kidd living in Plumsteadshire, maybe the new signage will get planning approval, along with blue plaques.
Posted by Doctor Pangloss at 10:28 pm No comments: 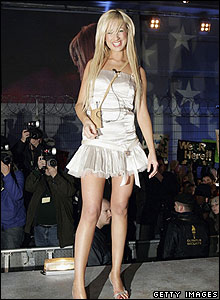 I've been watching quite a bit of Celebrity Big Brother.

It's a strange thing. I don't know why I find it so fascinating. I can't quite justify it along the lines of sociological or psychological experiment as it's set in such a fake and calculatingly electric atmosphere.

What the hell, I've had these discussions with friends who refuse to get off their high horses. More the case of 'how dare they police what I want to watch'.

Rant out of the way, I am really pleased that Chantelle has won. It's great that 'niceness' has won out over bitchy nastiness. Chantelle might not be the brightest stars in the sky, but being 'down to earth' and honest has paid off. Pete the Freak also claims that he was just being honest, but how screwed up is he that whenever he opens his fat mouth he can only spit bile? Two different takes on being honest.

Well done Chantelle. You might not want to change, but you're going to have to fight pretty hard to escape the clammy hands of the gutter press.
Posted by Doctor Pangloss at 2:28 am No comments:

Having been bamboozled by techno babble, I thought I'd be very fair and accept that PCs are possibly better than Macs. It's a fair cop.
However
This week, working at a company with rooms full of Windoze machines, I had to work on a D*ll machine. Ooh, how lucky am I? I faced daily application crashes and stuttering whilst typing in M****soft W**d.
Ah well, so I was put on another machine. H****** P****** Much better. Crash free, but Out*** E****** only delivers some of my mail (seemingly not unlike Consignia or whatever they're called).
Sorry Mr Gates, my allegiance still lies firmly with Mr Jobs.
Posted by Doctor Pangloss at 8:59 pm 2 comments:

And tonight Matthew, I'm gonna be....

The one solitary thing I like about The Stage, the periodical to the acting profession, is the section in the back of the paper. No, not the sports pages.... well, these people can be called good sports in one [warped] sense, no, the back pages are full of LOOK-A-LIKES.

Thank God the pictures are thumbnail sized images and have names of their supposed famous doppelgangers, otherwise I'd be struggling. Photographs of ordinary folk who think they might have a vague resemblance to Tommy, the bloke from TV gardening make-over programmes or any female with long hair and no bra as the woman from TV gardening 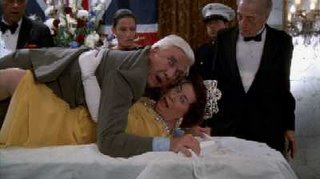 make-over programmes. My personal favourite (maybe because she's a well known looky-likey), is Jeanette Charles, HRH The Queen, see here in the hit Hollywood comedy, 'The Naked Lunch', I mean, 'The Naked Gun'.

Messing about on the internet, I came across an image of superb quality. One which sums up my love of the World of look-a-likes. Doppelgangers du Monde. [I know I'm mixing languages, but in Plumsteadshire, that's allowed]. Check this fella out. 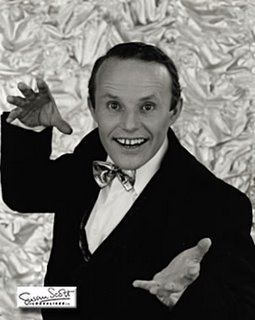 Why? Oh why? Oh why do people do it? Fish lips du Monde. Poisson bouche du jour. There are times when I wish I wore a bow-tie only so that I could have one of those 1960s spy film cameras secreted within. I'll have to try and catch the same train next week.
Posted by Doctor Pangloss at 11:53 pm 1 comment:

If you're fearing leaving the house today, what are you going to be like on 6th June? 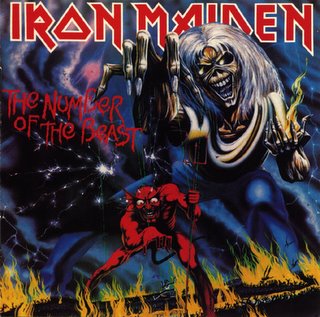 I think I've found out how to increase hits on my blog.

Look out for subjects that divide nations (Mac v PC), and create debate over local issues (the future of Woolwich).

So what shall we tackle today?I still prefer to delve into more important questions like
It's been great receiving loads of comments from PC fans abusing us Mac users. As they're informed and considered responses, I don't mind. More the merrier.

Writing a blog is a very odd thing. With these comments flying into my mailbox, I've felt like Jon Gaunt when he had his show on BBC Radio London 94.9fm (not that I'm addicted to the station or anything). However, I found it particularly interesting how some people got prickly about the library story. I mean, that's not even a controversial subject.
Posted by Doctor Pangloss at 12:25 pm 2 comments:

Books for the masses

There could be a new library for Woolwich?
If it's not just rumour, this will be a good thing.

I've worried about the demise of The Library for years. You just don't know how well they are used. When I lived in the district of Lewishamshire, I used to make use of the Open Learning Centre, a cheap way to boost my basic computing skills.

I must admit that I love libraries, but can't stand reading, so I'm my own worst enemy. Libraries have recognised people like me and spread their net by introducing CDs, DVDs, internet access and probably start selling sacks of potatoes by the front door. Even though I've not taken a book out of the library since library membership cards were pieces of card folded into a small pocket, I use libraries alot. Borrowing CDs is a great way of trying out new flavas (I think that's yoof talk). Of course, I could flick through iTunes Music Store instead.

Well, if Woolwich does get a new library, I hope it's a proper library, a proper building for learning and reading, not just an uninspiring room with a 'community centre' next door and a 'family creche'. Screaming kids and 'SILENCE' just don't go together. 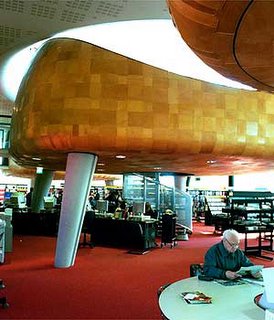 When Peckham Library opened, I went to visit straight away. Being a bit of a literary heathen, yet again, I didn't go for the books, I went for the architecture. The building is fantastic. I'm a big fan of modern architecture and this looked great. A bold statement for London architecture and helped put another much maligned and forgotten part of our city on the architectural map. My only thought was that I wished there were more books. Minor detail or does it just reflect the changing role of the library?

If the Thames Gateway project happens, Woolwich has to play a big part in it. It's all very well reporting bold headlines in the local press about a potential development of the largest shopping centre in Europe, or whatever it's meant to be, but if it's cheap and tacky architecture, it'll be Europe's largest crap shopping centre.

I've very little trust in town planners, I mean, just look at the tens of thousands of acres of dull, uninspired new housing estates. Did I hear someone say "Thamesmead"? It'd be a good thing to get involved now to get our voices heard and try to get quality rather than quantity into Woolwich & The Thames Gateway. Largest shopping centre in Europe? Big doesn't equal good.
Posted by Doctor Pangloss at 8:00 am 7 comments:

Thanks yet again to Philhuk for more useful advice. This sounds more feasible than my first idea, that of reading up on Darwinian Theory and proving them wrong.

Talking of DT, this is nothing to do with it, but worth a look. 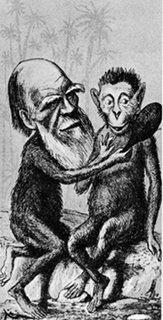 Thanks to philhuk for putting me straight on the Mac v PC debate. I bow to your knowledge. Knowledge is a great thing to have and a greater thing to share. However, the techy talk is complete gobledigook to me and means nothing; I'm sure it makes complete sense to other IT bods and proves that Macs are an inferior product.

It's the same if a car mechanic tells me about the workings of an engine. I want it to do its' job and to do it very well, I don't want to know how it does it.

Recently, I had a situation when a roofer came to quote on a job. He spoke with alot of knowledge and threw in alot of technical jargon to blind me with science. Unfortunately for him, architecture is something I know about. Of course, it would be silly of me to let on; that would spoil my fun.

What I must do though, is to read up on how to deal with Jehovah's Witnesses.
Posted by Doctor Pangloss at 12:50 pm 2 comments:

That old question crops up now and again. It's a bit like
- vegetarian or carnivore?
- are women better than men? (I really don't want to open up that can of worms)
- how old's Mae West? (classic line from Hitchcock's 'The 39 Steps')

It's right that Macs cost more, but then quality comes at a price.

I've owned Macs for 8 years and have had 2 viruses in that whole lifetime, both in Microsoft documents. I used a 2.5Ghz Dell at work and it ran SLOWER than my old 533Mhz Mac at home. I've seen inside another PC whilst the IT bloke opened it up at work and it looked a complete mess. My friend had a brand new PC for under half a year and the motherboard sizzled out.

It obviously sounds like I'm PC bashing, but I can only go by my own experience. I'm sure a good PC is great, but an over-priced Mac is superb.
Posted by Doctor Pangloss at 11:03 am 4 comments: 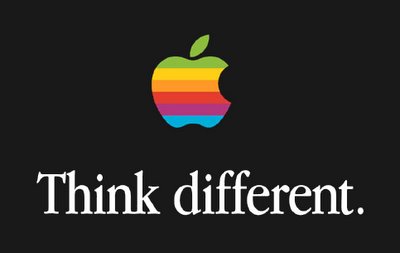 I feel particularly proud of myself.

Computers and cars and bikes are one and the same to me; I know what I like, I want it to look good, I want it to work well, but I don't really want to know what goes on behind the scenes.

Today, I bought an internal DVD drive for my G4. I've opened it up once before and that was to install RAM. I found out how to remove the old drive and installed the new one.

Any IT geek will do this blindfolded, but I don't profess to being a geek.
I'm proud of myself, but it's only made easy by the uber geeks in Cupertino, the Apple Mac designers, who create machines as clutter-free on the inside as they are on the outside.

Having just sung the praises of the Mac, I've just found out that Jonathan Ive, the British fella who designs for Apple, has been made a CBE. Quite right too.
Posted by Doctor Pangloss at 11:08 pm 2 comments:

In reply to Raffles' comment.
The Costa is next to the new Benjy sandwich shop. Yes, a new sandwich shop too. Where will this gentrification end? How long until John Lewis move in? When will Fortnum & Mason put out a press release for a 'Fortnum's Local'?
Anyway, back on planet Earth. If you don't know where the Benjy shop is, it's opposite the Nat West on the main pedestrianised street. You'll know where I mean because that's where those scallywags sell illegal DVDs.
Posted by Doctor Pangloss at 10:33 pm 3 comments:

I'm sure the appearance of coffee shops is one barometer of an area's growth. That and the 'Pizza Express' stamp of approval.

We haven't got the latter, but whilst dodging underage mothers in Woolwich Town Centre yesterday, I noticed that Costa Coffee is coming to town. Not being a coffee drinker, I don't know whether Costa is in the same league as the big daddy, Starbucks, but it's a High Street brand and products aren't limited to one pound.
So that's a thing. 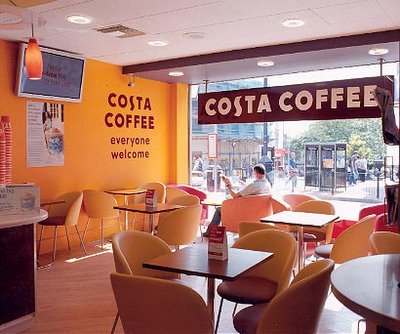