I like to take the Toddler Panglosses [hmmm, that doesn't work. Pangloss Toddlers - they sound like farmers from a Pieter Bruegel painting but that's not such a bad thing].

Let's start again, I like to take the Pangloss Toddlers to the woods for a wander. Kicking up leaves, looking out for squirrels, finding pine cones, climbing over fallen trees and of course getting the all-important stick to aid our rambles. It's a really nice way to spend an afternoon.

We went to Oxleas Woods for an adventure and heard rustling. Fox? badger? Gruffalo?

You know when you turn round, see a person and they are acting really guilty? On more than one occasion, we have seen men acting very suspiciously, always walking away from us when spotted. Funny that. I think they were waiting for 'a friend' but we turned up instead; I think we put the willies up 'em.

The people next door (I can't call them neighbours as there is nothing neighbourly about them), are indulging in a killing spree. From 7 o'clock last night until past midnight, the young children have been firing machine guns and exploding things on their games console. They can do as they please, but their windows are wide open¹ and all I've been hearing is the noise of death and destruction. Being a hot night, I had to close my windows and still heard it all loud and clear.

I'm fairly amazed the feral scrotes have woken up already as killing for 5 hours must be tiring. Before 10 o'clock this morning, I'm subjected to more of the same.
The Shameless family completely stick out like a sore thumb here. I'm all for integration and a mixed community, but they're not playing ball. What sickens me most is that our taxes are paying for them to continue to lounge around the house all day.
Playing Devil's Advocate, are they actually the smart ones? Why work for a living when you can stare at a TV all day long?
-
footnote
1- I've never understood why the Shameless keep windows wide open, even when it reached freezing point in Winter. BTW, they're not stuck open, as they have closed them once in a while.
Posted by Doctor Pangloss at 10:40 am 3 comments:

Most of us lead busy & exhausting lives. It's a hard slog at work and hellish commuting conditions to get back home. So, what better way to wind down than treat yourself to a spa day?


The tranquil setting of The Charlton House Spa offers a hydrotherapy pool, a crystal steam room and other fancy shmancy spa experiences. Back massages and manicures are also on offer.


It all sounds too good to be true. It's true, but this is Charlton House in Somerset.

I think I may be one of a majority who have never heard of a vuvuzela before this World Cup. I'm not offended by the trumpeting sound, but after the soccer competition, will it just die away as a footie fad? Let's embrace it.

I think Wimbledon would receive a real lift with the vuvzela on court number one. 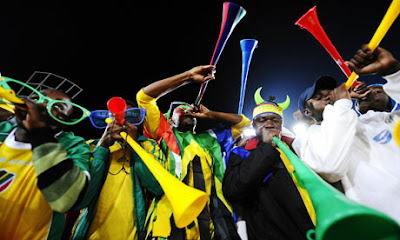 I just about noticed a house behind the flags

Travelling through Welling, I saw this tasteful addition to the English landscape. I actually really like their passion for our team in the World Cup, but don't think they have ever heard the phrase 'less is more'?

If on Wednesday, we drop out from the soccer competition, I guess the roads will be strewn with abandoned little flags torn in disgust from car windows. I fire this warning shot across the bows of Cleansweep so they can prepare themselves in case of extra litter. 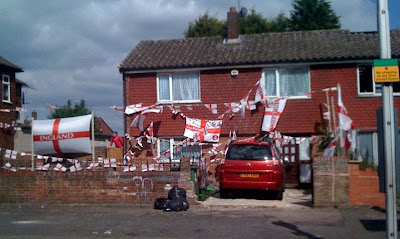 Posted by Doctor Pangloss at 12:55 am No comments:

Taking stuff out of boxes

I can't imagine life without the internet anymore. Finding out about anything is such a breeze although of course you need to filter out the detritus before you hit gold.

One day, the battery in my car had run flat. Lifting up the bonnet, I couldn't see where it was. Leafing through the owner's manual, I couldn't see where it was. How queer. An internet search gave me the answer. Someone who had my car (well, not my car, but they had the same model), had filmed themselves unbolting bits and moving stuff from the bonnet to reveal the battery. Brilliant. I did as I was instructed and felt the satisfaction of not paying out for a motor mechanic.
There are all sorts of video clips to be found (no tittering at the back), but I don't really get 'unpacking' videos. I've discovered that there are quite alot of these, where people film themselves removing things from their packaging. I think they are gadget geeks.
I was shopping around for a camera, so turned to the internet and found some video reviews (very useful to get real members of the public telling it like it is), then found a video of someone taking a camera out of its' box and holding each item up to the video camera. Nothing more than that. 1) Camera in bubble wrap - woooohooo. 2) Instruction manual - thrilling. 3) A power cable tied with a sandwich bag wire thing - mind blowing.
Such a video is not like the car battery video. It's not instructional. You don't need to think out of the box to open it [I'm really proud of that pun - ed.]
Here, I've found another unboxing video so you can realise that watching paint dry is relatively exciting.
Posted by Doctor Pangloss at 12:03 am No comments:

Not a post about the High Street clothing outlet, but the whizzy new look to Plumsteadshire. I guess I'll be tinkering around with the style a little bit, but maybe I won't. We've been very busy at The Shire HQ, which is why the blog has been quiet. Plenty of ideas and things to say, but there just aren't enough hours in a day and all that.

I see that the new high-rise block of flats being built next to Plumstead Railway Station is called Akira Heights. 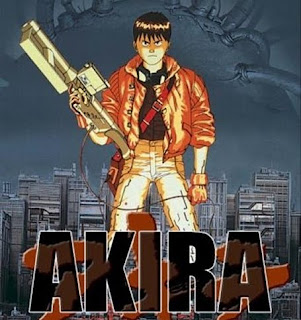 What were the marketing department thinking of when choosing this name? The name Akira is fine although I don't see the link between a Japanese name and our corner of South East London. What I absolutely don't understand is that the Akira Heights branding is linked to the cult Japanese manga animation, Akira. I saw this film quite a few years ago and can remember it being about a motorcycle gang riding at high speed around a kind of post-nuclear war torn Tokyo, explosions and all set to a techno punk soundtrack. Call me old-fashioned, but not what I call aspirational living. 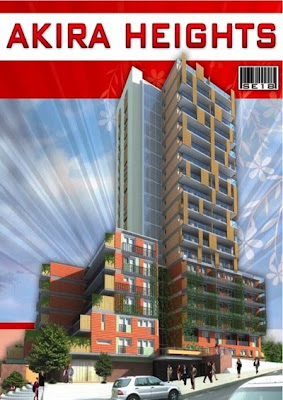 Today, I nearly fell over in Woolwich town centre. I tripped up on the banana skin of surprise. There is a new bookshop. I know it's very condescending of me to even think 'Woolwich' and 'reading', but I know I won't be the only person to think this.

It's such an excellent addition to the gradual regeneration of Woolwich town centre, the Westfield of Greater East Charlton.

I'm going to pop in and see if they have any first editions of Tamburlaine. 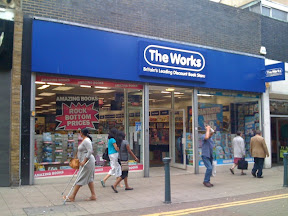 Posted by Doctor Pangloss at 10:08 am No comments:

Have heard about a new website called Best Of Plumstead. It's choc full of local goodness and all the staff of Plumsteadshire HQ wishes them online success.
Posted by Doctor Pangloss at 12:35 pm No comments:

There has been a very good write up about the Make Merry Festival on The Mirror website. I love the Make Merry and thank the organisers for keeping it going. I don't know its' history but it has a medieval twang about it. With this in mind, I applaud the inclusion of the maypole, Punch and Judy¹ and the terrifying Victorian clown, but would like to see more olde worlde past times such as troubadours, falconry and witch ducking.

Plumstead Common
Posted by Doctor Pangloss at 11:53 am 1 comment: