I popped over to the Asian Mela this afternoon. It was a gross disappointment of the highest order. I guess this must be due to the nasty weather.

However, something did catch my eye; it was the only stall/attraction where anyone had bothered to stop at.

It was the wrestling. I apologise for not knowing what Asian Mela is or what it celebrates, but I don't actually understand the link between phony play fighting and an Asian cultural event. Maybe wrestling is an age old metaphor for good versus evil and a display of religious enlightenment. Or is it just that the organisers were desperate to fill a plot in the middle of the Common?

Either way, it was like driving past a car crash. You really shouldn't look because it's so terrible, but you just can't help it. [I've always loved the term car crash television. It's completely accurate].

I'm sure wrestling is completely staged and has that kitsch quality about it, but it's kind of fun in a violent and Neanderthal way. I cringed at the way the wrestlers were thrown across the ring. Instead of bouncing off the ropes and hurtling back with a double salko ending with a pile drive, they teetered across the ring like they were in stilletos, threw themselves against the ropes and danced back to belly flop the enemy.

I wandered off in disbelief and pretended to be interested in Saris and sweetmeats. I walked in a complete circle and had the misfortune to pass by the wrestling event again. This time, I saw a man in the ring holding up a horse brass. Silly me, it was a wrestling champion holding aloft a belt with gold plastic panels stuck on. He lacked menace. Then sure as day follows night, a girl from the audience berates him. We are lead to believe she's an ordinary punter, until she removes all her clothes (not quite, but caught your attention), and gives him a real pasting. Acting classes dear? This bunch sure as hell haven't been to RADA.
Posted by Doctor Pangloss at 8:58 pm 3 comments:

I've been here before. The illegally sold cars on Plumstead Common are back in vast quantities. If Greenwich council weren't patting themselves on the back (and laughing in our faces), for wasting around £100,000 of our money on a bloody box at the O2 O no dome, then they might have some cash and resources to sort this problem out for good.

I'm sick and tired of cars slowing down and stopping in the middle of the road at all times of the day so the drivers can see what dodgy deals can be had with the very dodgy looking salesmen. These blokes make Arthur Daley seem completely charming and professional.

And another thing. The revving engines are pretty annoying too, especially at 10.30 at night when I was actually woken up by a band of dodgy cretins. My advice to the buyer. If the car is so sh*t that you have to rev it so hard, then maybe it's not worth buying?

Oh yes, letters are flying off to Greenwich Council (again), as we speak.

Is this modern art?

In my vision for Plumsteadshire - nice cafe with evening jazz, restaurant serving basic but quality English dishes, cinema club and localised freecycle centre, is an art gallery. It would be called Tate Common. Well, it would until Nicholas Serota sends a law-suit in the post.

Was David Mach [artist who built a submarine from car tyres], in Plumsteadshire last night?
Look what I saw. Did you? Is this fly tipping of the highest order? 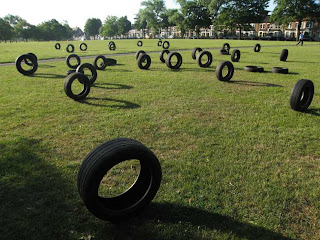 Wireless electricity. I've wondered about this one before and now we're a step closer to it.

Imagine this. Tapping into someones' wireless power network, just like you can tap into their WiFi broadband connection. Power your laptop on your neighbour's electricity bill. Well, why stop there? Run your fridge, tv, washing machine off their juice.
Posted by Doctor Pangloss at 8:00 am 1 comment:

So the 2012 Olympic brand has scored two own goals.

1) That it looks like a a ball smashing through a window (what a bad omen).
2) That the video has triggered illness to some people. I for one throw up every time I look at this poor excuse for an brand identity. 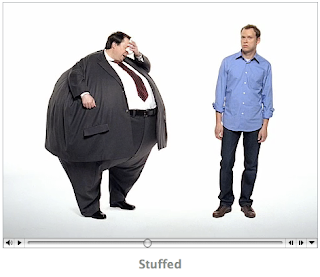 As a loose segue to my favourite brand, here is Apple doing a mighty fine job of tv adverts. No flashing garish colours. 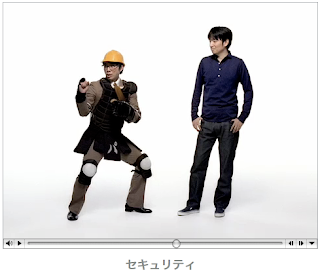 And here are the Japanese Mac ads. Can't understand a word but still get the message.
Posted by Doctor Pangloss at 7:25 pm 12 comments:

oh no to logo

If you turn your head 90 degrees, you can almost see a graphic designer (stuck in the 80's new romantics phase), laughing in the face of Lord Coe.

So glad my taxes are being spent on World class creative agencies.

Wolff Olins, shame on you.
Posted by Doctor Pangloss at 7:19 am 2 comments:

Pangloss : Sirrah. What word from Padua?

Merchant : That the Plumstead Common Environment Group hath energy renew'd and form a gay band once more (unto the breech dear friends).

Pangloss : 'Tis a done deal. Our dearly belov'd common ground of the quare folke, Plum orchards and Polish trolley buses will too be reviv'd. Sheriff Nick Day will see to 't that he and his merry minstrels will do for the Shire endless good.

Merchant : To be sure, the plebians o' the Shire will one day recognise their hard work. Good morrow. [exeunt]

Pangloss : The misfortune o' the common human being is selfishness. The people of the Shire will enjoy the fruits of the PCEG's labour but care not of their toil. I fear that the graft of the PCEG will ne'er see recognition before Halley cometh.