This morning, I leapt out of bed and breathed in the fresh country air of Plumsteadshire. Winter has felt like it's gone on for far too long now and Spring hath arrived at long last. Of course, I had to take a photo of the Common. 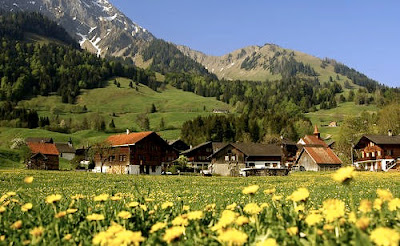 Doesn't it look pretty?
Posted by Doctor Pangloss at 10:17 am No comments:

Save the Maryon Wilson Animal Park - part the seconde

One lovely listener has sent me a link to the Friends of Maryon Wilson Park website.

See what happened with us giving the Government a hard time about saving the woodlands? They got scared and saw sense (well, that's what I like to think). We can do it with MWP.

Click on the deer and sign the petition. What the hell, do it again and again with as many false names as you can think of. Turn it into a party game. Theresa Green? Aguerra Dos Latte?

Whatever you do, just don't sit on the fence and watch it disappear.
Posted by Doctor Pangloss at 3:07 pm No comments:

I thought the title of today's blog might stir up some bad feeling, but stick with it.

Last week, I was driving past the wonderful Woolwich Barracks and noticed a white van tail-gating¹ me. 'White van²? Oh what a surprise', thought I. The van proceeded to overtake me on the wrong side of the road, but then I just chuckled to myself as I saw the side of the van.

It had a really long name, something like 'Church of the redeemed something or other blah blah rhubarb'.

Hmmm, driving like he was possessed. Not my idea of kind, loving human being finding his way to the Kingdom of Heaven.

As if that didn't ruffle my feathers, I was riding my bike yesterday and a car was so intent on not letting me join the road that the driver tried to push me into the wrong side of the road. This would be really bad news if I was in a car, but I was on a bike, so let's just quadruple how bad that is. So I just position behind this car and then chuckled to myself as I noticed the Christian fish proudly stuck above the left tail light and a holy message over the right tail light.

I checked my mirrors, signalled, did a lifesaver then overtook. Passing the driver, I said "Peace be with you" or something like that.

footnote
1 - Whilst drivers are being unnecessarily fleeced by speed cameras, little seems to be done about dangerous driving. Drivers tail-gating, people using mobile phones, eating, applying make-up, reading newspapers. I bet we've all had to slam on our brakes to avoid these drivers.
2 - For the record, dangerous drivers can also drive vehicles other than white vans, BMW's for instance.
Posted by Doctor Pangloss at 10:35 am 4 comments:

Café society could be coming to Plumsteadshire but before we get too excited, let's just cross our fingers. 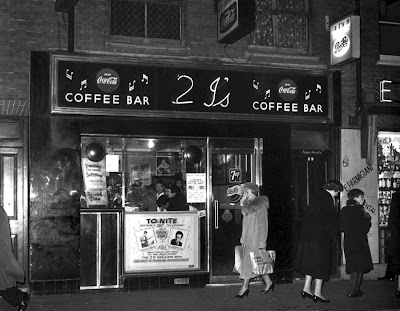 You can tell when the seasons are changing. You can tell that Spring is on its' way. When I lived up North, the arrival of Spring was marked by the appearance of millions of crocuses across The Stray. It were a grand sight. 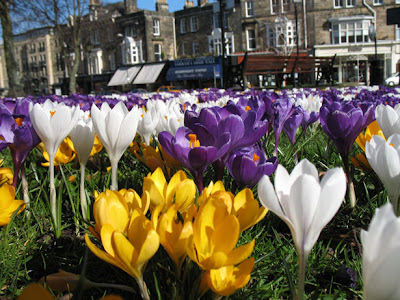 Walking to Plumstead railway station during the week, I had a vaguely similar sense of the arrival of Springtime. There were warm yellows and intense blues as the new season of estate agent's For Sale signs have popped up. Spring is certainly here.

This morning, I went about my way and breathing in the fresh country air of Spring, I was stopped in my tracks. I came across a large, powerful looking Staffordshire Bull Terrier walking off its' lead. I asked the large, powerful looking owner if it should be on a lead. I don't know what the law states on such things and neither do I know what the code of conduct is amongst responsible dog owners, but I do know this - the dog was off a lead, such dogs have a terrible reputation, and said dog was right outside a primary school, just before 9am and there were lots of children around. This is why I had to speak to the owner.

I would've quite happily explained that Staffs have a bad reputation, maybe due to the owner rather than the dog, and that such reportage might jangle the nerves of a nation and this could discolour our views of four-legged friends in general ergo he should keep Killer on a lead when innocent victims are aplenty, just to show that as a Staff owner, he shows some civility to others.

However, I have a schedule to keep to so had to leave him to drag his knuckles elsewhere. It makes me sad to think that people can be so instantly aggressive.
Posted by Doctor Pangloss at 12:18 am 5 comments: