Comedy On The Common

Look, now. No, listen missus. 'ere, titter ye not, Comedy On The Common is back in The Shire.

At the moment, there are live comedy events on 6th November and 11th December. These seem like perfect pre-Christmas nights out to warm your cockles. Both dates fall on a Saturday, so treat yourself to an extra glass of sherry at the bar afterwards. 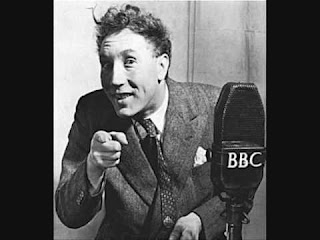 Posted by Doctor Pangloss at 11:37 am No comments:

We were on our weekly trip to Greenwich. Over the past couple of weeks, we've seen construction of a film location at the Old Naval College, nothing extraordinary about that, but this encampment is pretty big. There is an enormous marquee just for the costume department and the biggest blue bed sheets I've ever seen; these bed sheets are stretched in the back of shots and will inevitably be painted out in favour of CGI cityscapes. This is all for the new Pirates Of The Caribbean film.
Mr Depp was on set and I was surprised how close I got. Having said that, the Naval College is a pretty busy place and students need to get to their lectures - film crew or no film crew.
Posted by Doctor Pangloss at 12:36 am 2 comments:

I have a huge backlog of musings and observations of curio's and the queer, but no time to write any of it down. Putting virtual pen to virtual paper at the moment is a real treat, however I must get back to work pretty sharpish.

These subjects must be put on hold:-
Having spoken to some lovely listeners, it seems they really want to know more about my so-called neighbours known as The Shameless, the great unwashed, dole scum, soap dodgers, spongers, work-shy etcetera depending on how far they¹ are testing my patience.
This week, I've had to go and ask them to turn down their horrible boom boom music twice. Over the two years they've infested this area, I've probably knocked on their door over thirty times. I've been very close to putting an official complaint to the housing association, but I don't think it fair for them to be uprooted and moved into a faceless council estate where their children might just plummet into a chasm of no hope. Having said that, living here, they just stick out like a maggot ridden bubonic sore thumb. I know it's not exactly Hampstead Garden Suburb here, but they really are a Victorian freak show.
Actually, I have a question. Is there some modern day tribal code that dictates males of the chav genus must only wear underpants when at home²? Similarly, all windows must be kept wide open at all times? When I popped round yesterday, one mutant answered the door in his pants. Maybe it was quite warm? But I remembered whenever I popped round in deepest sub zero last Winter, they were 'dressed' as if they were holidaying in the Seychelles.
footnotes
1 - they, meaning the so-called neighbours, not my lovely listeners
2 - this is a genuine question that I need feedback on
Posted by Doctor Pangloss at 1:42 am 6 comments: