Blimey, I noticed last week that the Ship pub is now under offer. I guess The Ivy had forgotten to post their application to the vendors; their loss, not ours.

It'd be interesting to see who is going to supply Plumsteadshire with food. Gastro-pub worthy of Clerkenwell-types? Fusion food (whatever that is)? Pizza? Sushi? Chicken-in-a-basket? I flippin' well hope not.

Well I suppose any would be better than none, which is all I've known in all my years in the parish of Plumsteadshire.
Posted by Doctor Pangloss at 1:02 pm 3 comments:

If I remember rightly, I had previously queried the sudden influx of Nigerian scam emails. I don't know how these things are generated, but I now know I'm not alone.

Listening to a phone-in programme on a London radio station, I've discovered that these things are rife.

Annoying, but they're quite hilarious to read, one of which is from Mervyn King himself.

Nor did he.
Posted by Doctor Pangloss at 10:53 am No comments:

I've been spreading the word about a great blog, but have yet to mention it here.

Greenwich Watch. Nice to know how efficient and worthwhile a local council can be [pull the other one - ed.]

On the subject of disenchantment, Thames Water should think about providing a half decent service whilst fleecing its' customers. Still, it's all good for their shareholders. 31% rise in pre-tax profits? BTW, the water pressure has been turned down so much that it's affecting my combination boiler. I think I might just have huge relaxing baths every day because Thames Water don't give a damn about the customer anyway.

Sign this petition and do your thing (interpret this however you want), to protest at these leeches.
Posted by Doctor Pangloss at 10:58 am No comments:

It's a crazy world when a person who gives away thousands of pounds gets arrested for it. But.... maybe he stole it?

Michael Owen everyfing and everyfing. Come on Engerland. Pray like there's no tomorrow.
Posted by Doctor Pangloss at 11:14 am No comments: 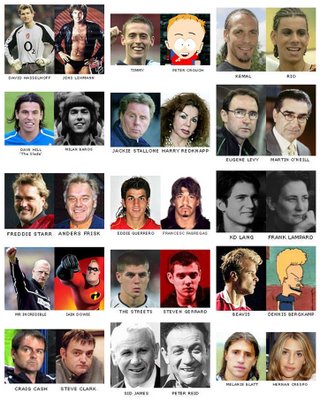 You know I like a look-a-like. Here are some corkers just in time for the World Soccer Cup.

Click on image to see them in all their glory.

A man has tickets for the 2006 World Cup final. After he has been sitting in his seat for a few minutes, the man in the seat behind him taps him on the shoulder and asks if anyone is sitting in the seat next to him.

"Absolutely incredible!" said the man. "Who in their right mind would have a seat like this for the World Cup Final, one of the great sporting events, and not use it?"

"Well actually," he says, "the seat belonged to my wife. She was supposed to come with me but she passed away. This is the first World Cup final we haven't been to together since we got married."

"Oh, I'm sorry to hear that," replies the man. "That's terrible. But couldn't you find someone else to take the seat? A friend or relative, or even a neighbour?"

The man shakes his head and says, "No, they're all at the funeral."
Posted by Doctor Pangloss at 2:06 pm 1 comment: 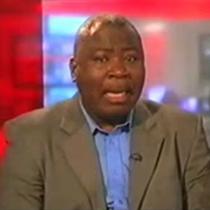 Remember Guy Goma? You know, that fella who went to the BBC for an interview and found himself live on BBC News 24. Well, here's a website dedicated to the man who found sudden fame.

Who said the internet is a waste of time?
Posted by Doctor Pangloss at 11:30 am No comments:

It makes me chuckle how the English Press are reporting on every move of the England soccer team.

England team ready to board plane.

Rooney to travel to Germany!! 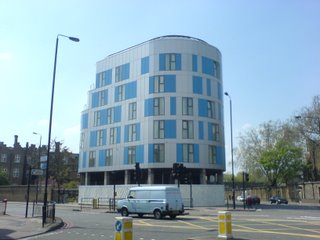 Here's that lovely building in Battersea.
Posted by Doctor Pangloss at 8:01 am 1 comment: