Save the Maryon Wilson Animal Park

I love the many green spaces around The Shire, and (as long as there's a Wi-Fi hotspot nearby¹), I love getting down with nature too.

The animal care centre in Maryon Wilson Park is under threat and it must be saved. I've taken Toddler Pangloss to meet and feed the animals many times and we loved it. We are really lucky to live in London and have the privilege of learning about animals. I know we also have Woodlands Farm on Shooters Hill, but that can be a drag to get to if you need to get on buses with a child and a perambulator and a bag of nappies et al.
If you've not been to the Maryon Wilson Animal Park, then go on a Wednesday at 1.30pm. You won't be disappointed.
There's an online petition for everyone to sign and make our virtual voices heard.
Don't make excuses like, I'll do it tomorrow, because you'll forget about it tomorrow. Sign the petition now!!!! 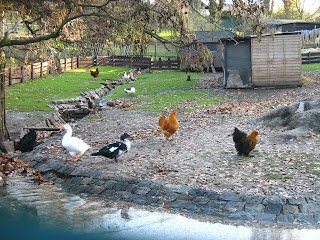 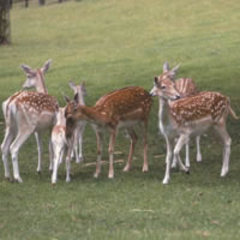 footnote
1- sort of joking
Posted by Doctor Pangloss at 1:02 am 5 comments:

So it seems our beloved Greenwich Market has been given the green light to be knocked down and built back up again.

Due to my lack of knowledge on this development, I'm reserving judgement at the moment, but on the whole, I'm in favour of letting go of the past and moving forwards with architecture. Having said that, I do love Greenwich Market. I love it for its' faults too. It's ridiculously cramped in peak season but oddly it doesn't bother me. I guess it's like a cranky old car that you know will need care and attention, but you just can't imagine taking to the scrap yard.

The development includes a 104 room hotel, which does cause me some concern as that would be a substantial building, but what does it look like? Having said this, Hopkins Architects are handling this development and they seem to have a sturdy track record in heritage projects. Judging by the computer aided rendition of the future market (see below), there looks to be new timber à la rustique facades around the perimeter, which I really like, but UTTERLY HIDEOUS stretched canopies which look like off-cuts from the Millennium Dome, or the Queen Elizabeth Hospital. I don't mind the tensile structures in the Dome or the QEH, but it really cheapens our World Heritage Site and makes it look like Penge High Street. Hopkins, back to the drawing board on this carbuncular detail please. 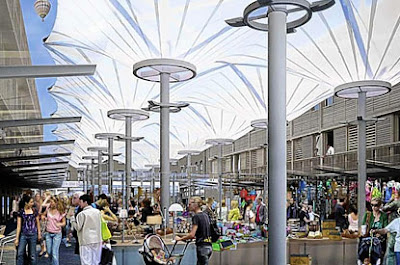 Posted by Doctor Pangloss at 11:22 pm No comments:

I was joshing about our local Co Op selling the New York Herald Tribune, but today I saw a copy of the International Herald Tribune on the bottom shelf. Well shiver me timbers, in my books that's pretty darn close. The icing on the cake for me would be to see Jean Paul Belmondo and Jean Seberg walking down the middle of Plumstead Common Road. 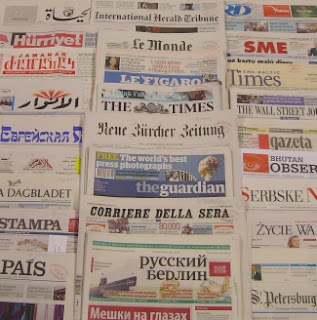 Posted by Doctor Pangloss at 4:01 pm No comments:

Today, tomorrow and Saturday, there is an ice sculpting festival at Canary Wharf. I love the sound of this. If I manage to go along, I won't expect to see anything to compete with the Harbin Ice Festival, but I'm sure it'll be spectacular nonetheless. 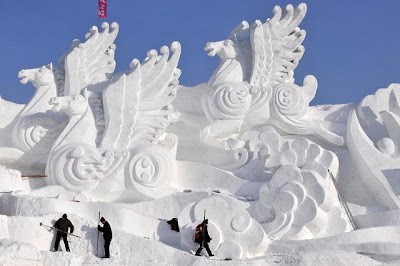 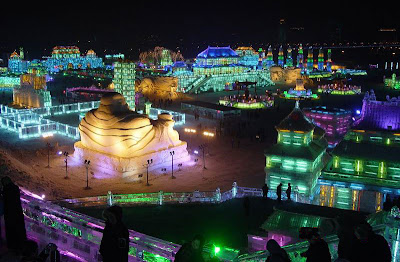 I popped into the Co-op on Plumstead Common Road to pick up a newspaper and by golly I couldn't believe my eyes. Amongst the newspapers was The China Daily, a newspaper from.... well, it speaks for itself really. I was pleasantly surprised as the only time I'd seen it in this country was in a newsagent on Old Compton Street¹.

So what next? The New York Herald Tribune? 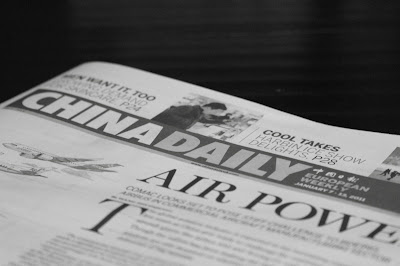 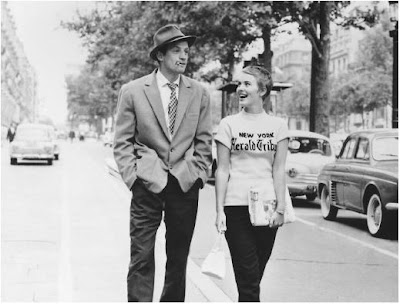 footnotes
1 -  Before the smutty comments come pouring in, I was on my way to Joe's Basement. Honest your honour. Hmmm, was going to add a link to Joe's Basement, but now discovered it is no more. It was THE place to go if you had pretence to be a serious photographer, or paparazzi.
Posted by Doctor Pangloss at 11:25 pm No comments:

Start of the year

I celebrated New Year with a packet of antibiotics and a steaming mug of Lemsip¹. Who said I don't know how to have a good time?

It would seem that I (along with many others), had caught the plague over Christmas and this saw me well into the new year. In fact, only this week do I feel like a human being again. Apart from the usual flu symptoms, I also went off my food and didn't eat anything for 3 days, then the most queer thing happened.... I lost all sense of taste. Not in the sense that I had suddenly developed a penchant for S Club 7  or über cheese - Agadoo. No. I couldn't smell anything or taste any food. Being a glass half full kind of person, I thought it was great that I never knew when a nappy change was called for.

My taste buds did come back, but oddly I was left with a constant metallic taste in my mouth which wasn't particularly nice and after 2 days, it was very annoying.

After 3 weeks of coughing, being dizzy and feeling like my muscles have been vaporised by a Flash Gordon style anti-matter ray gun, I feel like a human being again². So on that note, a belated Happy New Year to all in The Shire.

footnotes
1 - Other cold and flu remedies are available from your local chemist, but go to Temple Pharmacy at The Slade because they're really nice in there.
2 - There were other symptoms, but for the sake of decency, I'll only mention the mentionable ones.
Posted by Doctor Pangloss at 10:43 pm No comments: